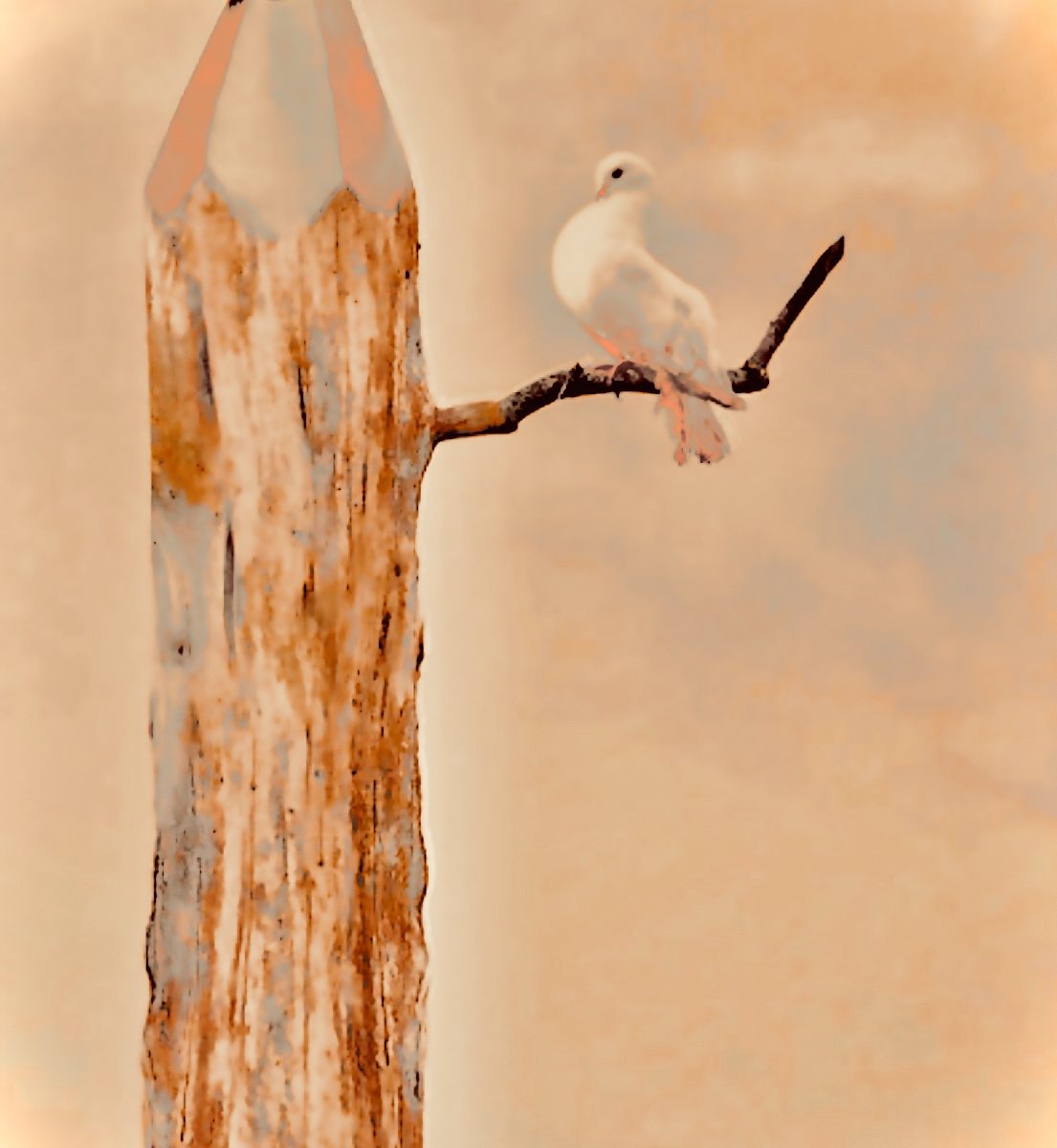 How can my family safely spend time outside together? 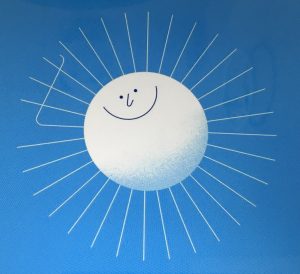 Staying physically active is one of the best ways every member of the family can keep their minds and bodies healthy. By taking some key steps, you can help your family minimize the risk of exposure to the COVID-19 virus.

“Around 1 in 3 children – up to 800 million globally – has blood lead levels at or above 5 micrograms per decilitre (µg/dL), a level that the World Health Organization and the United States Centers for Disease Control and Prevention have stated it requires global and regional interventions.

This joint report by UNICEF and Pure Earth notes that lead is a potent neurotoxin that causes irreparable harm to children’s brains. It is particularly destructive to babies and children under the age of 5 as it damages their brain before they have had the opportunity to fully develop, causing them lifelong neurological, cognitive and physical impairment. Childhood lead exposure has also been linked to mental health and behavioural problems and an increase in crime and violence. Older children suffer severe consequences, including increased risk of kidney damage and cardiovascular diseases in later life, the report says.

It is clear from evidence compiled that lead poisoning is a much greater threat to the health of children than previously understood. Although much more research needs to be conducted, enough data have recently emerged for decisive action to begin – and it must begin now.”

The challenge of reducing food loss and waste during COVID-19 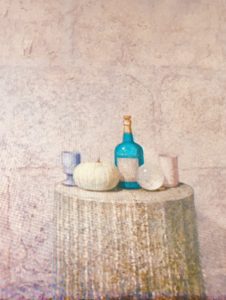 This year we celebrate the first ever observance of the International Day of Awareness of Food Loss and Waste. It also comes during the global COVID-19 pandemic, that has brought about a global wake-up on the need to transform and rebalance the way our food is produced and consumed.

The COVID-19 pandemic continues generating significant challenges to food security in many countries. Disruptions in supply chains, quarantine measures, the closure of much of the hospitality industry and schools… All these measures have resulted in a loss of markets for producers and distributors, making the situation even more challenging while dealing with high levels of food waste.

At the downstream end of the supply chain, with panic buying and stockpiling by consumers, supermarkets, which are often key donors to food banks, struggled to keep their shelves stocked and are unable to donate food. Meanwhile, much of the food purchased by households was discarded as food waste, because of a misunderstanding of date marking and improper storage of these household food items.

We need to be aware of the importance of the issue of food loss and waste now more than ever in order to promote and implement our global efforts towards resolving it.” 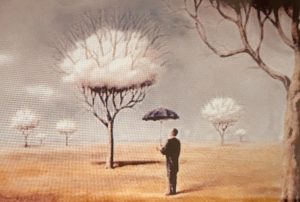 “Women and girls represent half of the world’s population and, therefore, also half of its potential. Unfortunately, there is still a long way to go to achieve full equality of rights and opportunities between men and women. It is of paramount importance to end the multiple forms of gender violence and secure equal access to quality education and health, economic resources and participation in political life for both women and girls and men and boys. It is also essential to achieve equal opportunities in access to employment and to positions of leadership and decision-making at all levels.

It has been shown that empowering women spurs productivity and economic growth.” UN website 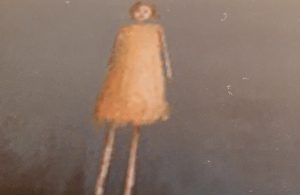 “Corruption, the abuse of public office for private gain, is about more than wasted money: it erodes the social contract and corrodes the government’s ability to help grow the economy in a way that benefits all citizens. Corruption was a problem before the crisis, but the COVID-19 pandemic has heightened the importance of stronger governance for three reasons.

First, governments around the world are playing a bigger role in the economy to combat the pandemic and provide economic lifelines to people and firms. This expanded role is crucial but it also increases opportunities for corruption. To help ensure the money and measures are helping the people who need it most, governments need timely and transparent reporting, ex-post audits and accountability procedures, and close cooperation with civil society and the private sector.

Curbing corruption requires government ownership of reforms, international cooperation, and a joint effort with civil society and the private sector. It also involves political will and the assiduous implementation of reforms over months and years.

This crisis will sharpen our focus on governance in the years ahead because of the pandemic’s devastating effects and costs for people and economies. Countries can’t afford to lose precious resources at the best of times, and even less so during and after the pandemic. If ever there was a time for anti-corruption reforms, it is now.” 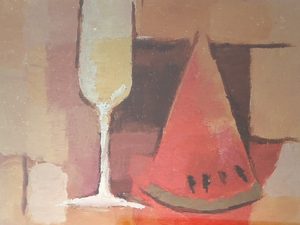 “UNESCO was founded in the wake of the World War II, born of the conviction that the unprecedented conflict could give rise to a better, more united world. Since wars begin in the minds of men and women, it is in the minds of men and women that a better world must be constructed, argued the Organization’s founders. Their idea is more pertinent than ever as countries begin to emerge from the global COVID-19 crisis, which has called into question our priorities, our ways of life and the functioning of our societies.

People across the globe showed solidarity during the health emergency and saw how enhanced cooperation can help build a better future. But as the world begins to emerge from the pandemic, we tend to forget the lessons we learnt and “get back to normal,” disregarding the cost of what we regard as normal to our environment, economies, public health and societies.

UNESCO is launching a global campaign challenging our perception of normality. The 2’20” film does not rely on complicated arguments to prove its point. It simply presents factual information about the world before and during the pandemic. Put together, these facts invite viewers to question their ideas about what is normal, suggesting that we have accepted the unacceptable for far too long. Our previous reality can no longer be accepted as normal. Now is the time for change.

As the intellectual agency of the United Nations, the United Nations Educational, Scientific and Cultural Organization (UNESCO) believes that the need for lasting change must take root in the hearts and minds of people everywhere before it can become reality.

The campaign is part of a wider effort by UNESCO to reflect on the world to come, notably through the UNESCO forum initiative, a laboratory of ideas bringing together prominent thinkers, a series of panel debates on the future of culture and the cultural industries, the Futures Literary Network, as well as the Future of education program and the global recommendations for open science. These are major issues that UNESCO started working on long before they were brought centre-stage by pandemic.” UNESCO website

“To support nations in their efforts to address the socio-economic and environmental impacts of COVID-19, UNEP will coordinate its work with the rest of the UN system. Examples of interventions include: 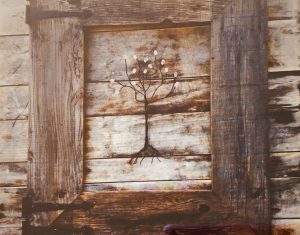 The event will be organized with the support of members of the Group of Friends of the Safety of Journalists at UNESCO.

Moderated by a prominent journalist, the event will be streamed live online through Facebook Live and YouTube. Following brief opening remarks by the UN Secretary-General and the UNESCO Director-General, the moderator will lead an open discussion between panelists on the following themes relating to the COVID-19 crisis: 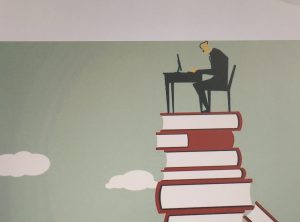 The objective of the meeting was to exchange views on the role of international cooperation in science and increased investment in the context of COVID-19.

The key issue of open science, for which UNESCO has been working on an International Recommendation since November 2019, was a major topic of discussion.

“The COVID-19 pandemic raises our awareness of the importance of science, both in research and international cooperation. The present crisis also demonstrates the urgency of stepping up information sharing through open science. The time has come for us to commit all together,” the Director-General declared.

According to Ms. Swaminathan, Chief Scientist at WHO, “collaboration is really critical for knowledge and data sharing as well as in advancing COVID-19 research. At a time when trade and transport barriers are impeding the movement of critical materials, it is important to underline that science be allowed to lead the global response to this pandemic.”

Ms. Anyang Agbor of the African Union stressed that “Africa needs a stronger research enterprise that mobilizes academia, and the public and private sectors. The African Union, at the end of 2019, acknowledged Open Science as a game changer in addressing inequalities.”

The international scientific community has been mobilized around the emergency for several weeks, notably by sharing and making universally available the results of research and an unprecedented reform of their working methods (major scientific journals have made content regarding the virus accessible to all, more than 1,000 research articles have been published in open access in response to WHO’s appeal, international research consortiums were established in a matter of days allowing for rapid progress including the sequencing of the virus’s DNA over just a few weeks).

“We all depend on science to survive”, concluded Marcos Pontes, Minister of Science, Technology, Innovation and Communication from Brazil.

Regarding open science, the agenda of the meeting featured: 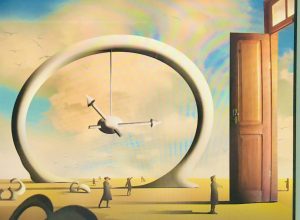 “More than 935 million workers in the world have jobs that don’t match their educational level: 72% of them (677 million) are under-educated for their jobs, while the remaining 28% (258 million) are over-educated. This new data in ILOSTAT covers 114 countries, which means that the actual global figures are probably much higher.

International Day of Women and Girls in Science 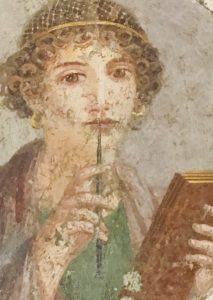 This year, the celebration of the Day at UNESCO Headquarters will gather experts from different sectors and backgrounds including key scientific partners, talented women scientists rewarded through the L’Oréal-UNESCO For Women in Science Programme, representatives of UNESCO scientific networks and Chairs. The invited speakers and participants will discuss and examine the issue of gender gap in science, also drawing on the conclusions of the Conference “A Global Approach to the Gender Gap in Mathematical, Computing, and Natural Sciences: How to Measure It, How to Reduce It?”, held in November 2019 at the Abdus Salam International Centre for Theoretical Physics (ICTP).

The event is organized in partnership with the International Council of Science, and will be held in English and French. It will be open to UNESCO Permanent Delegations and staff members, scientists and partners from the private sector based in Paris.”

JOIN THE UN75 CONVERSATION: HERE’S HOW!

IT’S OUR WORLD. AND OUR FUTURE. SO IT’S TIME FOR EVERYONE, EVERYWHERE TO TALK ABOUT WHAT WE WANT OUR FUTURE TO BE. 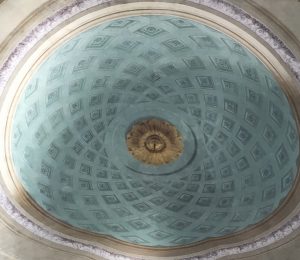 “To mark its 75th anniversary in 2020, the United Nations is igniting a people’s debate, UN75. Launched by UN Secretary-General António Guterres, it promises to be the largest and furthest-reaching global conversation ever on building the future we want.

In a world of dramatic changes and complex challenges, from the climate crisis to population shifts to the unknown course of technology, we need collective action more than ever before. Through UN75, the United Nations will encourage people to put their heads together to define how enhanced international cooperation can help realize a better world by 2045, the UN’s 100th birthday.

Anyone can join the conversation. Online and offline, in formal and informal dialogues, UN75 will involve as many people as possible, ideally in all 193 UN Member States. Together, they will share their hopes and fears, assess current and future risks and opportunities, and source solutions for global cooperation.

For the United Nations, UN75 will be a year of listening and learning. UN organizations, country teams and key stakeholders will have pivotal roles in taking three actions:

WHAT KIND OF FUTURE DO WE WANT TO CREATE?

ARE WE ON TRACK?

WHAT ACTION IS NEEDED TO BRIDGE THE GAP?”