Fresh air is essential to our wellbeing. Air pollution causes serious adverse effects to people’s health. We don’t drink contaminated water; we don’t eat contaminated foods; we should also pay attention to the quality of the air we breathe. The air we inhale must be clean and healthy too. We can live without food for one week, we can live without water for a few days but without air we can’t live for a few minutes. So we must pay particular attention to the air we breathe.

The causes of air pollution are man made: car fumes, industrial factories outputs and fossil fuel burning cause noxious gases release in high concentrations. There are many obvious and easy ways to reduce the air pollution. First reducing the car use and leave it just for the essential travel. Riding the bike if possible, walking or using public transportation if it is clean and available. 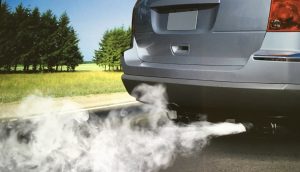 There are people who refuse to switch off their car engines when they are not moving and it has considerably negative impact on their health, health of other people and the environment in general. Also there are some people who are shouting for the environment and climate but in their personal life either ignorantly or hypocritically use their personal cars for short distances or unnecessary travels. Each person in his or her personal level has responsibilities to keep the air clean. 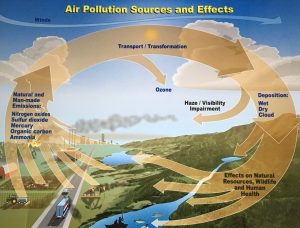 We should avoid synthetic chemicals, air fresheners and other unnecessary products. Cigarettes smoke contains dozens of toxins that remain in both indoor and outdoor for a long time. Second hand exposure to the smoke is very harmful for our health. At our house we should allow the air to circulate by opening the window but if the outside air is polluted it would be a problem. 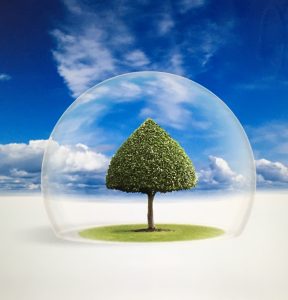 Air pollution can cause allergies, disease or even death; the toxic substances and gases such as carbon monoxide, nitrous oxides and particulates are very harmful to people’s health. Lead based paint can be degenerated into dust and be inhaled; simple wood fires add dangerous particulates into the air that is very harmful to inhale. 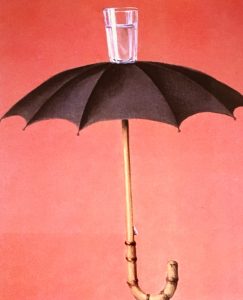 Aerosols that are suspended particles in our air are very harmful. The causes are burning fossil fuels and burning wood. Cars emit toxic hydrocarbons that damage human lungs. And the harmful effects are widespread damaging people’s health, polluting the air, water and soil. Nitrogen dioxide and sulfur dioxide mixing with rainwater create acid rain that damage crops and other vegetation, animal and human. 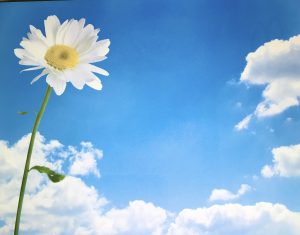 Low level of oxygen has a serious impacts on our brain’s health. When we are surrounded by polluted air both indoors and outdoors we won’t be able to think properly and that’s a fact. If we can’t do anything to change the outdoor air quality, the minimum we can do is to improve the air inside our house by cleaning regularly and avoiding synthetic materials. Living in poorly ventilated house, dusty or stuffy house are harmful. We need to eliminate the symptoms as much as possible. Transportation infrastructure and public transportation need a real improvement and beautiful and fancy  speeches don’t help; actions speak much louder than speeches. 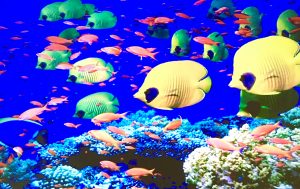 Most of air pollution is created by people directly. People are not aware that air pollution, chemical and particles emitted from their cars can have devastating effects on their own health, other people’s health and environment. Car pollution and Second hand cigarette smoke cause immediate and long term devastating effects on our health. The root is ignorance or hypocrisy. A conscientious and decent person never hurt others or themselves. Nothing changes if the unhealthy habit or behavior doesn’t change. If we want blue sky and fresh air we should earn it. (C)CTR Press 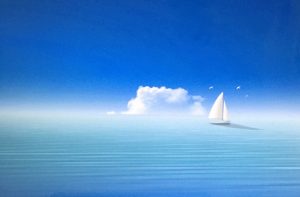 Human Immune System protects body from bacteria, viruses, toxins and other invaders. It is made up of different parts: the innate part and the part that body develops when exposed to the microbes or chemicals. White blood cells are on patrol constantly. 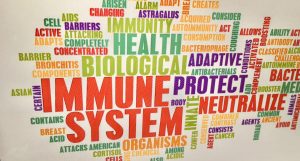 The healthy immune system can distinguish between self and non-self. It detects proteins that are on the surface of the cells. Human immune system are exposed to a variety of pathogens and gradually develops more immunity. Skin is the first line of defense against pathogens. 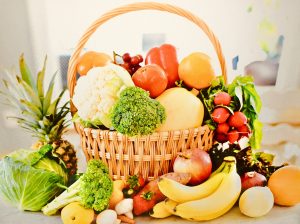 Modern humans are surrounded by plastic. When plastic degrades, it breaks into micro nanoparticles. The air we breath, the water we drink, the food we eat and the surfaces we touch can affect our health by these nanoparticles. Avoiding plastic bottles can be helpful both for environment and our wellbeing.

There are numerous studies that healthy diet and regular exercise can boost immune system. According to the researchers, the membranes of human brain are protecting the brain against infections while the germs trying to elude immune cells and pass the protective barriers. 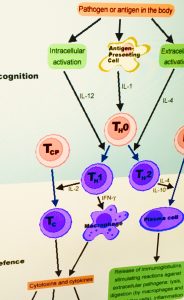 According to a study by researchers at Yale University, “an inflammatory autoimmune response” in the nervous system is similar to the one in neural degenerative  diseases. Gamma interferons that are immune cells helping the process of modulating human immune system response. Professor Wolff who is an expert in the field of neuroscience and immune system pointing out: “the brain and the body are not separate as people think” immune cells producing the immune molecule IL 17 in the brain that ultimately affects the brain interactions with neurons. The professor adds:”Genetic variability in the human immune system affects the severity of the infection by the virus such as COVID-19.” 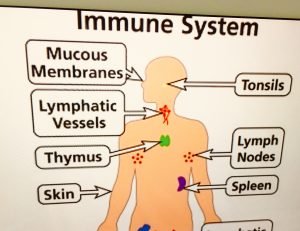 Genetic variation resulting in different immune response in different people. These variations influencing the immune system responses in the exposure to the certain pathogens. Inflammation sends the immune cells of the brain into damaging states. According to the latest research immune system in the obese population with sedentary lifestyle affects the mental flexibility.

The Power of Photography

Vintage photography began in the early 19th century when Sala found that silver nitrate being left in the sun would turn black. Black and white vintage began in 1826 when the French photographer, Nicéphore stored a black & white image on pewter plate. Later Daguerre used silver on copper plate to develop an image. The limitations were the photos destroyed easily and there was no way to copy them. 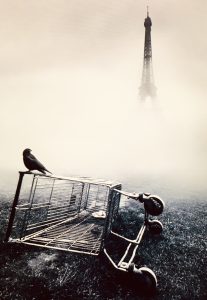 Those who are fans of the classical look prefer black and white vintage photos. The important element is understanding the principles and concepts of vintage photos. The aim of photography was to invent a means for capturing the image produced by camera obscura. Renaissance painters used a box with a hole in it that allowing the light going through and creating an image. 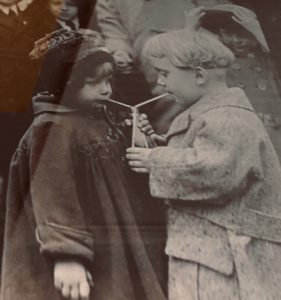 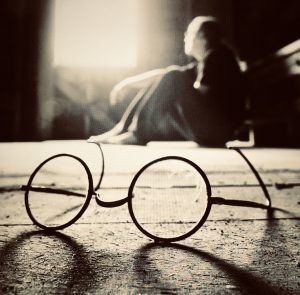 The French inventor Jacques Charles was the first who captured fleeting phonograms on light sensitive paper. The first color photo was a set of three black & white images taken through red, green and blue color filters. The Autochrome plate had an integral mosaic filter layer. Then through the usage of a rolling press enabling the capturing of the color. 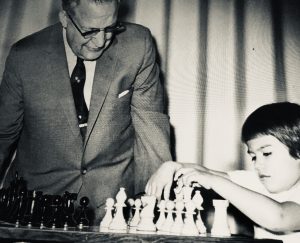 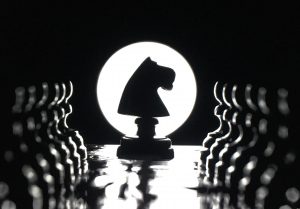 The contrast in black & white photos projects the dark & light area which is the defining element. There are many methods of expressing the ideas in photography. Perhaps the strongest element that attracts the attention of the viewers is the emotional power of the vintage photos. It is universal and felt and understood by people from around the world who speak different languages. There is no language barriers in understanding the message of the images. 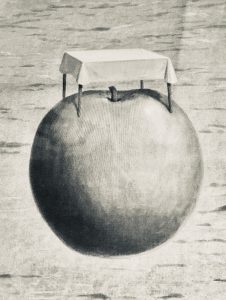 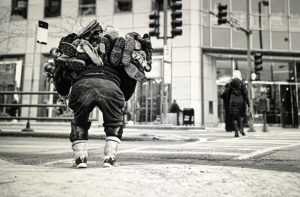 Usually it is considered that black & white photos are stronger & less limited by the time comparing to the color images. They are considered more artistic and less artificial. Capturing the moment by the photographers is felt by the viewers. The audience can feel the soul of each image according to his or her own experiences. 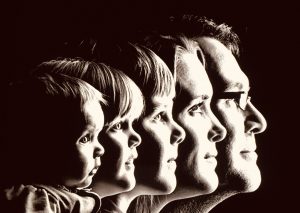 Nowadays most photos don’t occur as a chemical process and they are digital. They can be manipulated by photoshop. The light and dark contrast can be made artificially. The colors could be changed and the result would be less natural image.Traditional film based photochemical ways are increasingly marginalized. 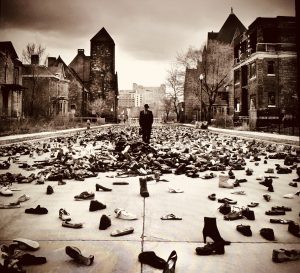 An image is not just a static object and it has dynamic elements to be shared by the photographers and the audience. (C)CTR Press 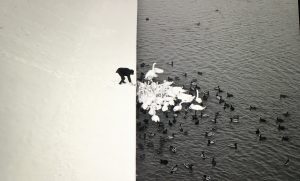